Interview With The 3D Printing Professor

“What would you like to achieve in the next 3-4 years?”

Wouldn’t it be awesome if this thing I did were expanded to a full show length, with a full set, actual crew and consistent quality, and sponsorship. Videos about projects that interweave community projects, hardware reviews, and tutorials in a way that’s obsessively educational, but ultimately just entertainment. Something like a mix between a PBS woodworking show and Bill Nye, but with high-tech tools. That’s my current dream. Of course realizing that dream is going to take a lot of learning and a little luck.

Mostly ties. I don’t think many other You Tubers wear ties. But I love ’em.

Also, I don’t invest a lot in my channel. I’ve done this all, mostly, without borrowing from my day job or putting forth a huge up-front investment that has yet to pay off. That means my audio and video is a bit rough at times, but it also means that it’s not been a strain on my family and health. Quite frankly, the fact that anyone watches the stuff I put out amazes me.

“What was your greatest challenge / Achievement?”

Time. There just isn’t enough of it. If I had the chance I’d be making 5 videos a week. Trust me, I have the content. But if I made 5 videos I’d hardly have time to work on the projects for the videos or edit them to be interesting to watch. It’s really tough to manage my time right.

“What got you into doing a YouTube channel about 3D printing?”

When I started, I had a blog. I had just won a 3D printer, a Replicator 1 from Makerbot that I still use every day. I was so excited that I started a blog. That became a regular thing I did. But there were a few things that I couldn’t adequately express with text, so I sat in front of my webcam and made a few videos. They were rough, but in my mind they were in service to the blog.

Then along came Joel (3D Printing Nerd) and Tom Sanlander and Angus (Maker Muse) show up and with their high production standards and proper set blew past me and showed me that my focus was all wrong, and slowly I started putting out more regular videos and improving their quality. I still am growing slowly, but I hope to be able to accelerate that in this coming year.

“What was your recent review and what did you think of it?”

I just got off a Month of hardware “reviews”. I never really thought of my channel as a hardware channel, but this month has taught me how much the hardware is integral to what people want to see. But I also learned a lot about my audience and the direction my channel needs to go. In fact I’ve got a whole video about it with a write-up on my blog, so check that out for more details.

“what was your worst review”

Without a doubt the TEVO Tornado review was the worst received. I knew that TEVO had a dedicated fanbase, and I knew that I wouldn’t be able to please them if I didn’t agree with them, so I put off that review, hardly touched the machine, and when I finally put it out there, half baked as it was, the backlash was… exactly as I predicted.

The thing is, now that I’ve dedicated a little more time into the machine, I can say I still don’t like it. I have yet to have that experience that makes me go “Yeah, this machine is worth the time” when you can pay $100 more and get a machine that works right out of the box without that effort.

“what was your best review”

Hmm. Really hard to say. Not because any of them were good, but because I’m never really satisfied.

I guess the one that I had the biggest turn-around on was the Duplicator 6 review. It started with me having a hard time being excited by the machine, not because it was bad, but because it was a Wanhao knock-off of a couple of different machines, but eventually I discovered that they fixed with their design one of the biggest problems plaguing 3D printing, the dreaded nozzle clog, by making it painless to fix, and I had something great to say about this printer.

I am probably the worst person in the world to be doing the whole self-promotion thing. I’m just so happy that anyone likes what I do that I have a real hard time maintaining the whole “You Tuber” thing when I meet in person, because that’s not me. I’m not perfect, by any means, but I also don’t think I’m better than anyone else. I guess what I’m trying to say is thank you. Thank you for thinking highly enough of me to want to ask these questions. It’s been a thrill for me.

Sunlu TPU Filament Review- A Must Have! 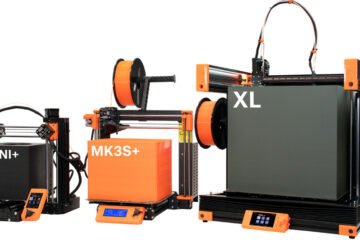