Anycubic Photon Mono SE resin 3D printer. According to the Anycubic website, the model is being launched as a limited edition with only 1000 units of production at the first batch. So let’s get straight to know more about this limited edition printer.

The Anycubic Photon Mono SE features an LCD screen of 2560 x 1620 pixels which is 6 inch in size. This translates to an XY-resolution of 51 microns. Whereas, the Z-axis has an accuracy of 10 microns. Although it cannot be said that the Mono SE is the best printer in market resolution wise. However, there are other features of the Mono SE that make it an impressive addition to this class of MSLA printers.

One of the outstanding features of the Anycubic Photon Mono SE is its printing speed. Due to the increased light intensity, it reduces substantially the curing time. As per Anycubic, the curing time has now reduced to one second. This means that the printer is printing two to three times faster than the non-monochrome machine option.

According to reports, the Anycubic Photon Mono SE has a new matric parallel light source. This means that it transfers the heat to the print in a balanced manner. The equal heating from all sides makes the heat dissipation much better than previous models of similar printers.

Unlike other printers, the top cover of the Anycubic Photon Mono SE does not come off. Instead, there is a small door on the top that can be used to access the print. I can see this as a drawback for the 3D printer, since managing resin prints is a bit messy process in itself. And if you obstruct the access to the print, then this will create more problems.

The slicer software that the printer is using is the Anycubic Photon Workshop. This software offers all the major options that all good Slicers offer. These features include hollowing, punch hole, and model cutting. In addition, there are new options to the slicer such as lettering function, plus 8X anti-aliasing.

The Anycubic Photon Mono SE resin 3D printer is available at $389 on anycubic.com. Although you will have to check for the availability of the unit on the website. Furthermore, there are other discounts and features on the purchase of the printer. 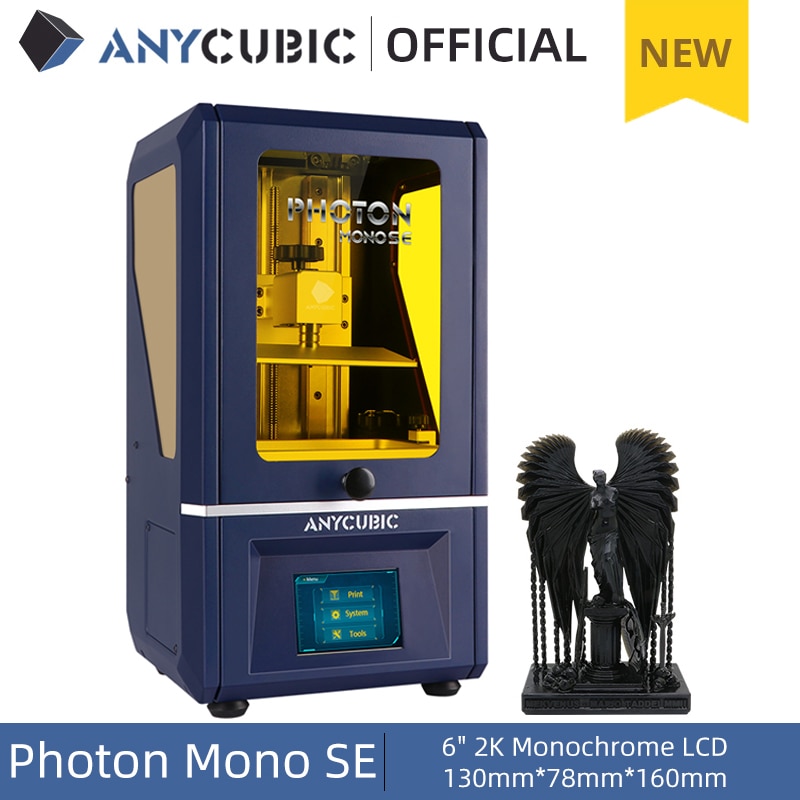 Who Should Use the Anycubic Photon Mono SE