Many 3D printing enthusiasts have probably already heard of Creality, especially with the popularity of the Ender 3 (and its variants) as an entry level printer. Creality has marketed themselves as a professional 3D printer manufacturer and supplier. They have quite the portfolio of products primarily focused on the FDM printer space, but also venture into SLA (aka resin 3D printers), and now scanners. Creality has a decent reputation in the industry, and it is no surprise that their newest product, the Creality CR-Scan Lizard, has already achieved over 9000 backers on kickstarter.

Many 3D printing hobbyists utilize some form of computer aided design software to design parts for printing, often using an existing part and redesigning the whole piece from scratch via measurements and then modelling it in a program such as Fusion360. With the availability of 3D scanners becoming more and more affordable, I would expect to see them used more in the hobby to help print out replacement parts, or maybe yourself as your favorite action hero.

There are several advantages to utilize 3D scanning. First, using a 3D scanner will be a HUGE time saver in the 3D modelling design phase by taking immediate and accurate (to 0.05 mm according to the CR-Scan Lizard’s spec sheet!) dimensions and converting them to a 3D model with ease. This will allow for a much faster prototyping process as well. When printing out parts, it is very typical to require modifications to the design, which means additional measurements and prints, all of which can be reduced with 3D scanning technology.

For those who are not too tech savvy and not able to use CAD, 3D scanning will allow for re-manufacturing of parts without even needing to learn CAD. With Creality’s introduction of the CR-Scan Lizard, it is clear that the technology is becoming more and more available at the desktop hobbyist price point.

How does the CR-Scan Compare?

Creality has boasted some impressive features with their scanner. The ability to scan dark objects and outside in bright light is a huge advantage to what is currently available on the market. The boasted .05mm accuracy is a large step from the typical .1mm accuracy seen on a lot of the current market scanners. From the demo videos the scanner looks like it will be delivering on these promises as well, with impressive scanning results directly into the Creality software.

Thoughts On The Creality CR-Scan Lizard?

Creality’s introduction of the CR-Scan Lizard, especially at the reduced price on the kickstarter, is almost a no-brainer. The technology seems to have come a long way, and being able to prototype parts or scan objects for 3D designing and printing at home is a great way to learn. I myself have backed the campaign and am looking forward to getting my unit in when they ship mid-April.

Where can I buy the CR-Scan Lizard?

Right now, the CR-Scan Lizard Kickstarter has ended, however it is still available at a discount on their Indiegogo. The current price set on Indiegogo is right at $389, roughly 35% off the MSRP for the base level. Once the campaign is over, Creality Website will have it available on their site, and will retail around $600.

News Update on the CR-Scan Lizard

So unfortunately Kickstarter sent out an email blast update on the Creality CR-Scan Lizard. There is apparently an intellectual property dispute in place on the scanner. Fortunately it DOES sound like Creality will still be honoring the pledges placed during their event. Read what each said in the snippets below.

Another update on the CR-Scan Lizard

Good news finally came to all the backers of the CR-Scan at the end of May. Despite the ongoing lawsuit, Kickstarter has agreed to refund all the initial pledges to the backers. With this, Creality also has allowed backers to “re-back” their initial pledge on a different platform, Pledgebox. Creality promised to have shipping completed within 3 business days of funds received on the new platform, which appears to have been the case, as my unit has shipped!

Posted by : Chris Andraka
Texas based Chemical Engineer who has always loved to tinker and take things apart to fix myself. I first started in 3D printing at university with a Makerbot 2 in 2013, and finally got my own in 2017, since then I've grown my hobby, learned a ton along the way and love keeping up with the latest and greatest in technology. Currently I have 6 3D printers and will soon have a 3D scanner as well
Previous Article :

Mintion Beagle Camera Is It Good For Time Lapse Videos 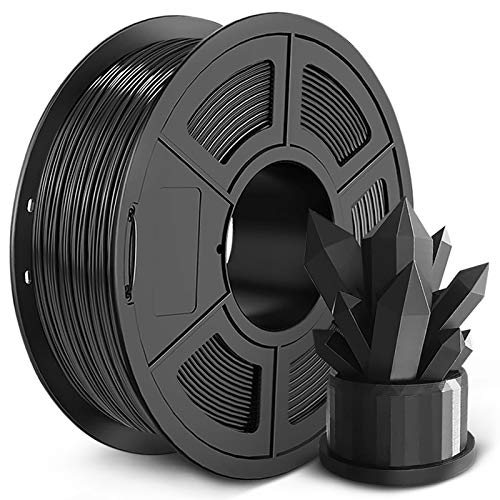