Elegoo is Reaching for the Stars

Guess who’s back, back again? Elegoo’s back, tell a friend! Aside from channelling Slim Shady, I am jazzed to share everything I know about the Elegoo Saturn. If you are unfamiliar with the company, they had wild success with the launch of the Mars; a resin-based 3D printer that came out a few years ago to compete in a budget-friendly market space. Likewise, the Saturn is capable of fueling the next stage of astronomical growth for Elegoo. So, let’s launch right into what makes this printer so special and why you’ll want to jump early at the chance to grab one for yourself!

Elegoo have been listening to the communitys feedback and as a response to everyone’s passion and support Elegoo have carefully considered the production capacity of the Saturn 8.9″ 4K Mono LCD Resin 3D printer and decided to increase the pre-sale to 2000 units, but be warned with this being a new batch the delivery time will be greatly increased to one and a half months later than the 1st released batch.

Do you have to pay import taxes for this product elegoo stated on one of their posts on Facebook that you wont need to handle the customs duty or any tax at all elegoo will take care of it in advance. With them stating this i hope it will be the case here is the link to the official post

The Elegoo Saturn will come to amazon stores early November 2020 they have not been able to settle a retail price for this 3d printer yet since there is still many costs still uncertain.

New 3D printers are released as often as every month! So, it’s tough to stand out. If we compare the planets in our solar system, from a distance, the only size appears to differentiate the heavenly bodies from each other. However, Saturn boldly stands heads above the rest because of its unique bands of matter that orbit the planet, helping it to appear larger. Similarly, Elegoo has focused on some key features to help their Saturn move to the forefront.

First and foremost, the Elegoo Saturn boasts a massive 8.9 inch LCD screen. That’s over 300% increase in imaging surface area and 400% increase in total build volume when compared to its predecessor, the Mars. In addition to its larger size, the monochrome screen also gets smaller; that is to say, more delicate precision. The LCD has 4K resolution, ensuring your printed models showcase minor features in stunning detail. Another benefit of the new screen is the monochrome aspect. That translates to higher light throughput and reduced layer printing time, which Elegoo is claiming to be as low as 1.5-2 seconds. That would result in print speeds that are 60% faster than the Mars Pro.

Next, another unique feature on the Elegoo Saturn is an integrated ethernet port. To the best of my knowledge, this is a first in hobbyist-level resin printing. This addition allows you to connect the Saturn directly to a wireless router or your home network. Consequently, you will be able to upload files with the printer located anywhere in your home or workspace. Considering the potential hazards inherent with resin printing, this will be a huge time saver while allowing for proper storage and ventilation of the printer and materials. Moreover, when you couple the ethernet port with an onboard 4GB data disk, and there’s no more fumbling around with tiny SD cards!

Lastly, the Z-axis is supported by dual linear rails. This dramatically improves stability while in motion and reduces the risk of shifted layering.

The Elegoo Saturn’s lighting is set up in a matrix structure of 54 UV LEDs. In other words, you’ll experience the most uniform light emission available in the sub-$500 markets; leading to beautiful print results. Taking a look on Elegoo’s website, I am blown away at the amount of accessories you receive alongside your purchase of the Saturn. For instance, here’s the list of additional equipment provided aside from the printer itself, and instruction manual:

To wrap up all these fantastic features and benefits, a standard 1-year warranty is provided as well. However, while advertised as being “on the whole printer”, Elegoo stated that the 4K LCD, FEP film, and tool kit are excluded from coverage under warranty. In contrast, all other covered items will have replacement parts shipped from local overseas warehouses to ensure fast customer service.

When and How to Land Your Own Saturn

By now, the ethereal Elegoo Saturn probably has you as mesmerized as I am. Which means, there are only two questions left: “How much is buying on going to set me back?” and “How long do I have to wait before I can secure one?” Thankfully, I’m happy to report the answers are not as much as you might think and not nearly as long! Elegoo is launching the Saturn at an Early-bird price of $300 for the first 200 units, $400 for all additional units sold. And, they are starting the sale beginning June 6th, 10:00 PM EST.

All photos and specifications are attributed to Elegoo, Inc.

Can’t wait a few days or want to save some green? Check out the Orange 30 by Longer.

Like our articles why not have a look at some more 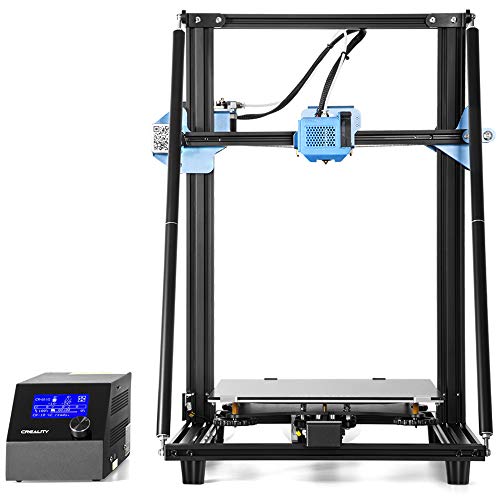