An interview with Hayland Terrain onwer, John-luc Haywood about his latest Kickstarter

3D Printing and Tabletop Gaming are a match made in heaven, am I right? The ability to go from thought to idea, to design, and then, right in your hand in as little as an hour or two is the stuff of Science Fiction… or, it used to be! Any Dungeon Master knows that the right terrain can bring an entirely new level of realism and fun to a campaign.

Games like Warhammer 3000 have had miniature models supporting that realism and fun for decades. Now, whatever style tabletop games you are into, there’s the capability to bring your game to life in front of your eyes. Hayland Terrain wants to help you get there faster, and they’ve launched another Kickstarter to do so. I had the pleasure to interview the owner and operator, John-luc Haywood.

How did you come up with this idea?

Lately, we have been playing a lot of Frostgrave – what is a fantasy tabletop skirmish game -, and I thought, what scenery would be great to make the game even more immersive? That [is] what gave me a push on the jungle theme; as they had an expansion, called ghost archipelago.

I went through a few concepts with some of our backers, and they thought it was great; so we just carried on designing for it.

Why Kickstarter, as opposed to other crowdfunding methods?

Kickstarter gives us an outreach that we wouldn’t be able to get from other crowdfunding platforms and even our website. We have our website and also use the backer kit, for the end of the campaign and late pledges.

The main reason for Kickstarter is, it allows extra sets to be designed during the campaign, and get feedback on what people want. It also helps us determine designs for future campaigns.

How is running a Kickstarter?

I love running the kickstarters! It gives a great and simple way of showing our products and giving more to the people that support them. Plus, it provides a more personal experience with the community, compared to just having a website.

This is our 17th Kickstarter in only two years and doesn’t see ourselves stopping anytime soon!

How is your Hayland Terrain Kickstarter doing, compared to what you thought it would do?

It is doing great. I want to see it go higher so I can give even more to backers. That’s why we have been keeping the stretch goals at only £250 between [each] goal.

I try to think about what I would love to see in an STL Kickstarter. I try to give a bit of everything, and then fill them out even more during the campaign. Everything we design is made to go together but kept generic, so it has more than one use.

What size is the community you support through your product?

Over the past two years, we have a decent following on our website. On Kickstarter, we have noticed a vast increase in new backers; which makes me happy, as that means more people are getting into 3d printing overall.

What makes your product stand out against the competition?

I feel that our products stand out due to us focusing on the furnishings and scatter, compared to other companies. Most of them design impressive buildings, but not the stuff to fill them. That’s why I try to create with that in mind, and also multiple variants; so then you have a choice between them.

One of the advantages of 3D printing is the number of times you can print it out; for example, with our latest Kickstarter, we have a 3D Printable Dock and Barges. [As] a dungeon master, you can set the scene and make it more immersive for [your] players with them two sets alone.

We have a few files up on Thingiverse, but I say our last sci-fi / 3D Printable Sci-fi Terrain, scenery and vehicles: it is only £25 and you get a lot of good sci-fi bits; perfect for star wars legion.

How much should someone just starting in Table Top Gaming (TTG) expect to invest in having the basics for a successful campaign?

We try to keep ours affordable. Our central pledge on each campaign is around £30-£40 max, as we wanted to give more [to] the community at an affordable price.

What do you envision for the next 5-10 years of TTG future?

In the future, I see it will be a mixture of 3d printable files and resin. The perk of the STL industry is the number of variants you can get, and it doesn’t have a massive cost of the investment; especially for the tabletop industry. You can get essential plugin and print printers for less than £170!

How does Hayland Terrain fit into supporting that vision?

Our plan for the future is to offer both digital files and resin versions to support both sides. Some people prefer just buying resin models instead of having the hassle of printing. What we intend to do is support as much as possible with Stls, Resin, and metal casting!

For someone who has never played a tabletop RPG, how would you describe what 3D printing has done for this industry/ community?

Honestly, it has revolutionised the tabletop industry. It is still in its early days, but it is just getting bigger and better. It allows people to get a lot of choices; especially scatter to make your games more immersive -which, overall- gives it the finishing touch for a DM.

How long have you owned a 3D Printer?

I have owned a few printers over the past three years. We started with a MakerBot clone that was called CTC. Honestly, it wasn’t a good printer, but it got us started. Then we moved to Flashforge Finders as they’re cheap and reliable. We have 4 of them and 2 Formlabs Form 2s for master printing, for our resin side.

How long have you been making terrain?

We have been making terrain for just over two years now. 0We have done over 16 successful Kickstarter already, and got more planned!

What got you interested in modelling 3D Terrain for printing?

Well, I have grown up in a tabletop household. My father used to work for a games workshop as a metal caster. Then, when 3d printers got cheap, I taught myself how to do 3d modelling; very basic at the beginning. I would say the most significant push was when I used to work with Mantic on their Kickstarter videos. That made me think, “yeah, I want to get into the terrain for a living.”

What was your first model?

I did quite a few models before Hayland, but I would say the first one for doing it for a Kickstarter was the campsite in our first Kickstarter

Do you have a favourite model you have created?

I would say my favourite at the moment is in the latest Kickstarter, and that is, the Dock and Crane set. The docks are fully modular using open-lock, so you can make it any size you want.

What is your workflow for creating pieces?

I either look at what I’m playing or what others are, then think, “what would be awesome to make?” Then, I just put a few bits together, making a base mesh, then texturing, and a test print once that is done. I work on other versions for that set and see what comes together.

Thank you for taking the time to learn more about Hayland Terrain and how they can help you “up your game”! Looking for more content like this? Check out our interview with Aether Studios.

SLA Resin Slicers: Things You Should Need To Know 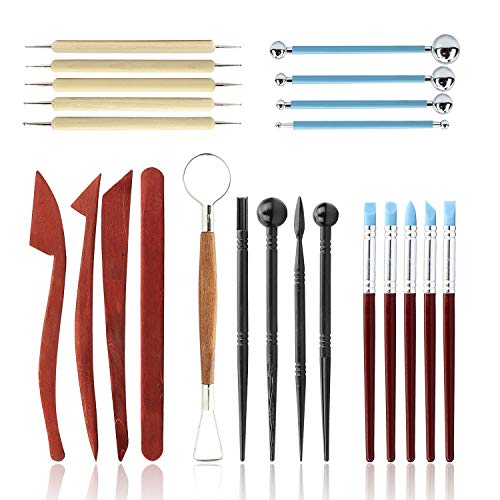