Who Else Wants To Enjoy Portable 3D Printing

Having the ability to take portable 3D printing anywhere isn’t something most users need. The very nature of the hobby requires the machines to have a pretty stable environment.

Corbin Joseph has decided that is not the case. Currently, a serving Petty Officer in the Navy he has seen the benefits that a portable printer could bring to many areas. As an active and intelligent hobbyist, he has decided to attack the problem head-on,

I contacted Corbin and had a chat with him about why he has decided to take on this challenge – Portable 3D Printing; his reply was enlightening.

“So why I decided to do this could be summed up as quickly as, because I can. I’ve always been an outdoorsy person. I wanted to combine two of my favourite hobbies, and also I’ve spent most my military career in the expeditionary community, So that’s kind of where my head goes. While I’m not the first person to make a mobile 3D printer as there’s a lot of small printer with handles and such that could be moved around easily. I do believe this is the first real-world mobile printer.

What I mean by that is all those other printers while you can move them around its not something you could thoughtlessly throw in the back of your pickup truck with the rest of your tools. You still have to be somewhat graceful and careful with them. But this one is waterproof and can be thrown around to an extent.”

Corbin tells me that “It started life as an Ender 2 which is the perfect machine for this kind of thing because it’s a perfect printer for $200. Important because If I bought any other cheap machine that even stock was unreliable, then there’s no way it would work after being molested like the Ender 2 was. And if I bought an expensive quality printer, that’s a lot of money to drop on a machine to hack up that may not work. So I have to give a lot of respect to the little machine as it may have never happened without it. It’s my first Creality printer. all my other machines are Lulzbot.”

“As far as what’s been done to it, it’s quite a list. At first, it started as an idea to just put a hinge on the Z and call it a day, but as you delve into it, it gets more complicated. You solve one problem by moving something, and it creates two other issues. Another thing that made this more difficult is the fact half the machine pivots 90 degrees.

What if it’s upright?

When it’s upright, let’s say I put a small fan on the front of the extruder, well now when I fold it down that is going to hit the bottom of the case. Or let’s say I move the pivot point down 5 mm to clear the lid closing. Well, now when folded it’s going to be 5 mm longer. Now it doesn’t fit the width of the case. In essence, instead of having to work in a three-dimensional space, you’re working in 5 dimensions.”

“So it was a battle for real estate between all the components. You have to take a couple of millimetres here to give there, and then that makes a new problem and so on…”

“For something that in concept seems very simple and I anticipated to be simple, it became very complicated very quickly.”

I asked what the future holds for this machine. Corbin’s answer was more telling about the man than the project, ever reaching for that perfection

“I don’t know actually because at the end of the day it’s not a very good machine funny enough. It has a small build volume for its overall size. It prints well if left alone. With even a slight budge and you’re guaranteed to get a Z line across your print. But it’s not really about THIS machine. I more see it as the genesis for a new branch of 3D printing.

An example I like to compare it to is Frank Whittle’s first jet engine. It was a dreadful machine that was bolted to a bench. This made unusable amounts of power and could never practically be used in an aircraft. But it was important because it was a proof of concept. Different engines and variants of his idea eventually evolved into real-world technology as far as functionality and ability to produce.

So that is how I kind of look at this and I expect this design to die off very soon as it’s reverse engineered, altered and improved by our vast open source world. So I don’t care where this particular machine goes I’m more interested to see what it evolves into.”

I am looking forward to seeing this project finished, I know Corbin has the idea to keep everything open source, And sell some of the harder to make components possibly evolving some of the 3D printed parts into aluminium at a later date.

I hope you enjoyed my chat with Corbin and the information on his Portable 3D Printing project! Why not check out the Longer LK4 review or Creality 3D Scanner – Must have or Gimmick? 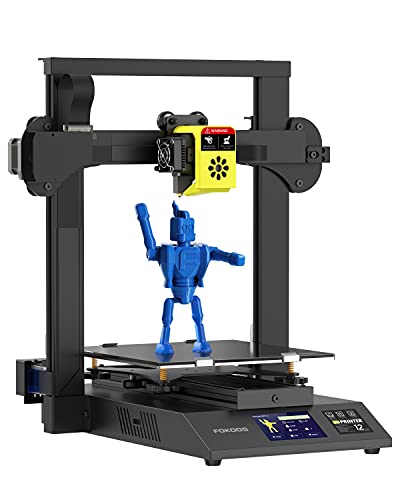