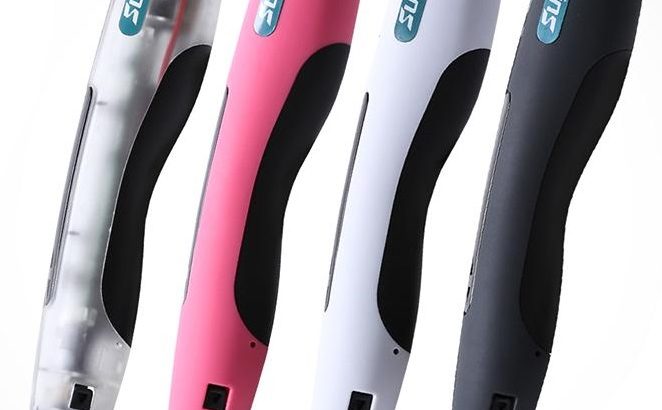 The SunLu SL400A Intelligent 3D pen has been placed in my hands for another honest review. The Sunlu M1 pen that I reviewed was pretty darn good for a 3D Pen, but will the SL400A be just as good?  In this article, I will give you all the pros and cons of this 3d pen and if its worth the expense.

Money, that seems to be the first thought that goes into our heads before we even consider purchasing a new toy (or anything for that matter). Sadly I have not been able to find the SunLu SL400A on Amazon since they always seem to be sold out. I have however found them on eBay.

The costs average from $39 USD all the way to $55 USD, with an average around $42. Which is about twice as expensive as their Model M1 3D pen. Still a great price in comparison to other 3D pens I have used in the past.

Starting with the unboxing. It contains the Sunlu SL400A 3D Pen, a Micro USB Cable, user manual, and two small coils of PCL filament. Unlike the M1 this package does NOT contain the finger guards, I will explain why shortly.

The Sunlu SL400A comes packaged with 2 colorful (assorted) small rolls of PCL Filament, roughly 3 meters per roll as usual. I still feel it would be best to add at least 1 more roll. Since PCL is not a popular filament to have on hand. At least a discount coupon to purchase Sunlu’s filament (which is great by the way).

Included with your Sunlu SL400A is the Micro USB Power cable which is about 3ft in length. Which gives you a decent amount of slack to play with your new pen. Sadly this also does not come with a power bank or an adapter, but any USB adapter will work just fine, or you can purchase a power bank for a more portable unit.

Then, of course, comes the 3D pen. The Sunlu SL400A comes in a variety of colors (Clear, White, Black, & Pink). The well-designed grip is an amazing addition. The retraction and extrusion button integrated into one actual button on top. With the feed and the power connection on the rear of the pen like most 3D pens.

I would have to say, the Sunlu SL400A 3D pen has surpassed my expectations. I figured it would work just as good as the M1 and it does. There are a few difference between the two. The grip for an example is great, this lightweight pen feels like a pen (more like a Magnum Sharpy) making it easily capable of designing vertically and horizontally.

The PCL filament cools naturally fairly quickly allowing for more vertical printing since the PCL is a low temp filament. It does “OK” with the PLA, but it’s not designed to work with it, but I decided to test it out anyways. The heat resistant tip does an amazing job, you can wrap your fingers around it (even tho it’s not recommended) and you will not feel much of any heat coming from it, which makes it extremely safe for your little ones to use.

Want a more visual review on this pen? please review the Youtube video listed below.

Please keep in mind that I was not paid by Sunlu or Inov3D for this review, this is my unbias and honest opinion on this product. Feel free to read the Sunlu M1 article I wrote to compare the two, even though I don’t think its a fair fight.

Installing NanoDLP for use with the Wanhao Duplicator 7 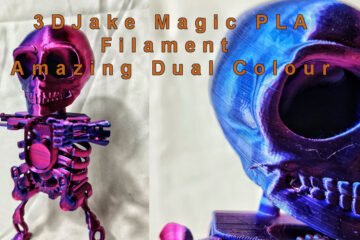