In the very beginning, Tevo had the Tarantula this 3D printer made them what they are to today and now its getting an upgrade. TEVO plans to release a new and improved version of their Tarantula calling it the Tevo Tarantula Pro 3D printer. TEVO printers have always been great quality for the price, and from the looks of it, the Tarantula Pro is no exception. If you want to learn more about the Tevo tarantula pro check out this facebook group.

From the 3D CAD drawings of the Tarantula Pro, you can see the differences between the Pro and the Tarantula. On the old Tarantula, the display was not attached to the mainframe. Whereas on the new pro, the screen is built into the lime green frame. The next significant change for the advantage is the circuit board. The Tarantula Pro appears to have hidden the main board like most printers.

Overall the Tarantula Pro looks good, very minimalistic but very professional. TEVO appears to have gone for a beautiful lime green and black colour scheme which, to be honest, looks charming. The only thing that could make it look better, in my eyes, would be if the lime green panels were a beautiful brushed aluminium finish. From also just looking at the printer I cannot seem to find any IO ports. So I am still unsure if the Tarantula Pro will be using micro SD, SD or even USB 3.0.

TEVO is currently taking preorders for the Tarantula Pro and has fully released the specifications.

What Is The Difference

LCD Screen – The LCD screen is integrated into a plate that you can slide into the front of the Tarantula pro. On the old Tarantula, this was not like this at all. The screen was on a plastic bracket with a wire going to the control board.

Metal Plates – On all of the brackets there are green aluminium plates on the Tarantula pro, this will make it more sturdy. The old Tarantula it had black acrylic plastic, that can break easily if you don’t watch what you are doing.

Layer Cooling –  New printer comes with Two-Layer cooling fans which will help allot with overhangs. The Tarantula came with no layer cooling.

Electronics – All of the Electronics is enclosed into the base of the machine, excellent cable management. Unlike the standard Tarantula the control board was attached to the side with transparent acrylic brackets less cable management, messy.

Power Switch – Now there is an on-off switch, In other words, Tarantula you had to switch it on and off from the wall or unplug it.

Upgrade feature – Antclabs BLTouch this sensor is suitable to use on any print surface, glass, plastic, PEI, aluminium or filaprint accurate. For instance, less accurate could not be used on thick glass or plastic, had to be used on a metal print surface because it’s an inductive bed sensor.

Upgrade feature – Wifi app printing. Now, this is something new never heard of TEVO talking about this,

Upgrade feature – Laser engraving more options to what you can do with this machine.

Bed Wheels –  Big turn wheels to adjust your bed, the Tarantula had these small bolts that you had to turn which were annoying.

Above all, the Tevo Tarantula Pro looks to be a much better machine with a lot of options. The hot end assembly to me seems to be precisely like the Tevo Flash excellent cable management. Tevo has had many new printers since the tarantula, and to me, it looks like they have listened to the community. Learned from some of there mistakes this to me seems to be a promising machine, just like the other 3D printers. The information above is only from what we have seen from the render and information on the internet; some of this might not be accurate.

Other Products from TEVO

In the meantime, while we wait for them to release their new printer, learn more about some of there other products Inov3D has reviewed. 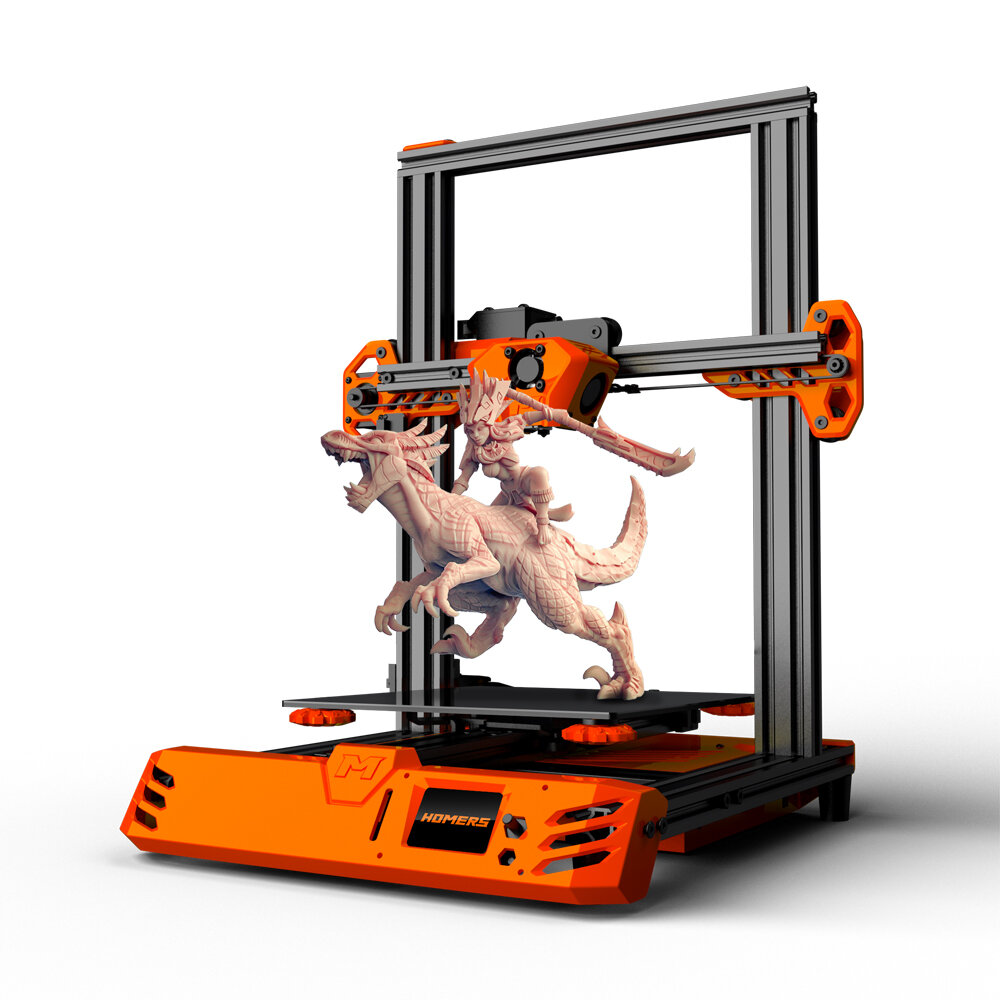 Lithophane Maker Luban – Will It Be Better Than The Rest

The IVI 3D Printer…A high end an all in one solution?