Voxelab brings another beginner 3D resin printer to the table with the Proxima. Let's have a look!

Nowadays we are flooded with cheap MSLA resin 3D printers. Just as we have seen with the budget or beginner FFF/FDM 3D printer market segment. This is not necessarily a bad thing. It helps the hobbyist to take his skills to another level. And to be honest, the 3D prints from these machines are already amazing. Let’s see what Voxelab brings to the table in this Voxelab Proxima 3D printer overview. Lets review those specifications!.

There are several big players on the cheap resin 3D printer market (most of them only a couple years old) like, Peopoly, Anycubic, Phrozen, Elegoo, Longer. But what about Voxelab? As a customer, it feels good to buy something from a well-known company with years of experience in making that specific product (OK, sometimes the one that breaks all the rules).

Voxelab is a brand from Flashforge. A company well known for their consumer FFF machines, which are also often sold rebranded. But they also have experience in resin 3D printing. But in this case high-end jewellery and dental DLP machine with a lot of features. And a price tag that comes with it. It seems Flashforge wanted a separate brand for the beginner market.

The resemblance with some other Resin (MSLA) 3D printers goes beyond the looks. The specifications are very identical.

Like many others, Voxelab follows the trend to switch from color LCD screens to a monochrome screen. It is probably the biggest change these machines have compared to their previous generation. In the case of Voxelab the Polaris (for those that really want to start cheap)

The enormous advantage of Monochrome LCD screens is that they last a lot longer and cure the resin much faster. And fast is quite fast, with curing layers in just a second (depending on layer height, resin and ambient temperature) being well possible.

The improvement step for the next generation will probably be moving from a 2K to a 4K screen. The bigger resin 3Dprinters already use these to keep the level of detail the same for the printed parts. But even some smaller printers are already equipped with a 4K screen. For now, Voxelab stayed with a 2K screen, which they call high resolution. Because of the size of the printer, one pixel is 50micron, which is great when you make the move from FFF. And to be honest, it probably is just fine for you too. For now ;).

Want to protect that screen from nasty liquid polymer stains? Check out this article about resin display protection vinyls.

The build volume is very similar to other printers. The Voxelab Proxima has a build volume of 130x82x155mm. Which is a little (few mm) wider than most, but also lower (+/-10mm).

The similarity continues with the other highlighted features, like linear rails for the z-axis, easy FEP replacement, quick base plate removal, easy bed levelling/calibration, touch screen and 405nm resin support.

The quick-release and bed levelling mechanics are a bit different from others, but I’m not sure its the best. It looks like a ball joint, fastened with some setscrews. I wonder if it’s as stable as some other fastening methods, or if the set screws can slide a little (because it is only a point connection). Something to look for in user reviews of the Voxelab Proxima 3D printer.

For this budget price tag, this product examples look amazing. But we’ll need to have a look for ourselves later to be able to confirm it.

Where to buy the Voxelab Proxima 3D Printer

You can buy the Voxelab Proxima 3D Printer at their own website for only $209. Or for even less ($189) on the Flashforge website here. The prices may vary depending on the location, but it worked for the combinations I tried. 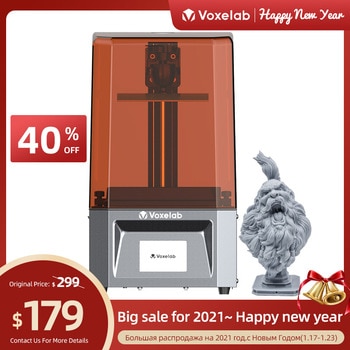 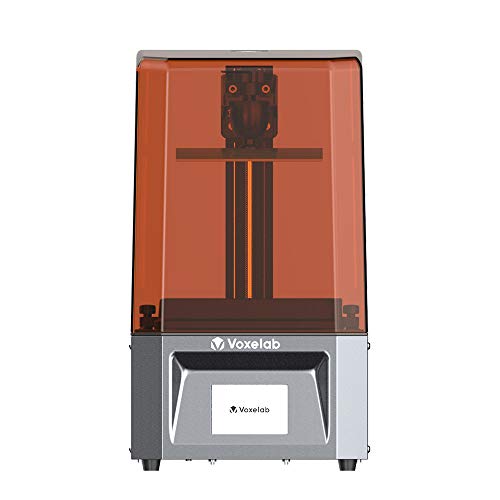 Did this article make you curious about the brand Voxelab? Maybe their FDM is something for you. Check out the Voxelab Aquila.

Posted by : 2be3dprinted
Hi! I am a Design Engineer from the Netherlands with a long history in AM or 3D printing.
Previous Article : 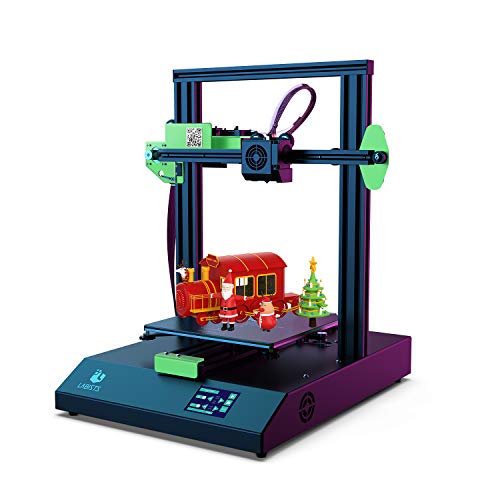 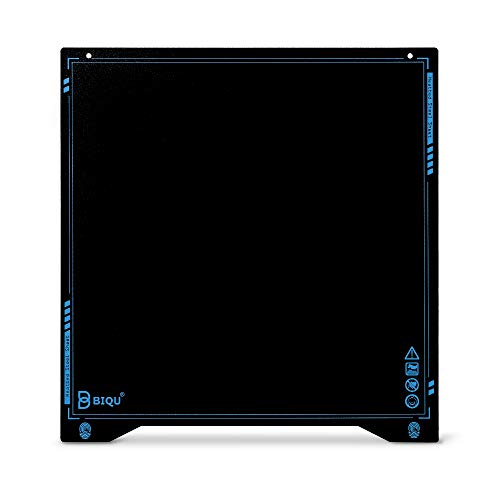